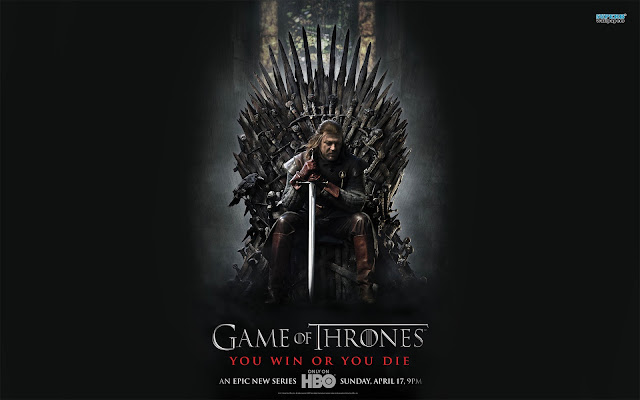 Game of Thrones Review
Rate:(9.0)
Review
I Love game of thrones so much :) Game of the thrones is the best i declare it right now:) No other show in the history of TV has ever attended to adapt that intelligent fascinated darkly complicated book series!So my favorite thing about game of thrones is that when it starts there'e no magic just a reality like ours and then the dragons where bored all of the magic starts creeping back and then we along with the characters are starting to learn more about the wild fire,the warlocks and faceless man!!!!And the other great thing is that all The seven kingdoms   are fighting over the mythical's world of Westeros throne about the kingdom but no one gives a shit  because real threat is coming ..''The winter is coming''and the Wightwalkers are coming with it but no one has a clue so its great but still the books are more awesome! 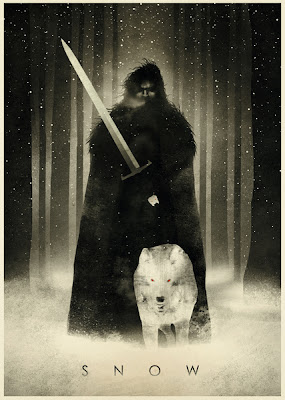 This show is stunning.  There is so much crap on TV that is renewed year after year (CSI, House etc.) which uses cheap gags, pointless and sometimes ridiculous plots, unbelievable and many times one dimensional characters and yet all the truly great shows get cancelled.There is enough brain-dead television. But once in a while a show comes along that transports you to another world and makes you believe in the magic of television again. Game of Thrones is one such show.It is complex, multi-layered, surreal, vibrant, imaginative and it draws your eye in to the surprising level of detail, from the sweeping vistas, to the narrow dungeons, from the beautiful castles and magnificent trees, to the contrasting landscapes. It is worth watching just for the scenery alone. 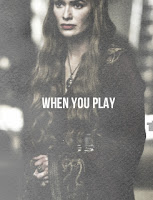 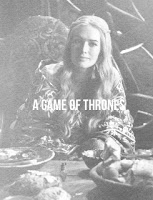 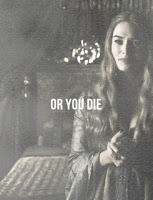 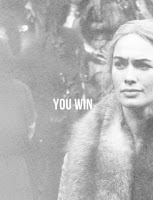 You also have to keep in mind that this story is an adult story, and as I said, it is complex. Simply put, HBO didn't dumb the story down, but rather remained true to the core of this epic fantasy. For those who have never read the books and found the pilot interesting, trust me it gets better and better. Stick with it.

The  Kingdoms
The Seven Kingdoms of Westeros are inhabited and ruled by several families or "houses", a list of the houses is displayed below as well as a family tree, of which displays each individual house.


House Arryn
Who are they: Located in the Vale, the Arryns serve as wardens of the East. The Arryns’ ancestry lies in the first Andals to arrive in Westeros. According to lore, the knight Ser Artys Arryn took the Vale from the First Men, fighting from the back of a giant falcon.
Their Words: “As High As Honor”
Members: Lysa, John, Robin
House Baratheon
Who are they: The House of Baratheon was founded after the conquest of Aegon Targaryen, by the conqueror’s general (and rumored bastard brother) Orys Baratheon. The blood of the Storm Kings – a line of royals dating back to the Age of Heroes – has run through the Baratheon line ever since Orys killed the final Storm King, Argilac the Arrogant, and took his daughter as a wife. Recently, following Robert’s Rebellion, the Baratheons seized the Iron Throne from the Mad King Aerys Targaryen and have ruled the Seven Kingdoms since.
Their Words: “Ours Is the Fury”
Members: Robert, Renly,Petyr, Sandor, Varys, Maester Pycelle
House Lannister
Who are they: The Lannisters descend in part from a group of Andal adventurers who invaded Westeros more than 6,000 years ago and settled at Casterly Rock. The Andals married the daughters of the King of the Rock (an ancestor of Lann the Clever, the legendary trickster who acquired the Rock through his wiles during the Age of Heroes). The Lannisters ruled as kings in their realm until the Targaryens brought dragons to conquer the continent, placing all the lords of Westeros under control of the Iron Throne.
Their Words: “Hear Me Roar”
Members: Cersi, Tyron, Jaime, Myrcella, Joffrey, Tommen, Tywin
House Stark
Who are they: The Stark family traces its lineage back to the First Men, who landed in Westeros more than 10,000 years ago and eventually forged a lasting peace with the continent’s druidic natives, the Children of the Forest. The Starks still worship the Old Gods of their forbears at the heart tree in Winterfell, one of the last vestiges of their faith on Westeros. The Starks ruled as kings in the north (beginning with Bran the Builder, who erected the Wall) until the Targaryen conquest.
Their Words: “Winter Is Coming”
Members: Eddard, Catelyn, Benjen, Robb, Sansa, Arya, Bran, Rickon, John Snow, Maestre Luwin, Theon GreyJoy
House Targaryen
Who are they: The Targaryens came to Westeros from the ancient civilization of Valyria, bringing dragons from the eastern continent and settling on the island of Dragonstone in the Narrow Sea. After an unknown disaster known as the Doom of Valyria wiped out their ancestral homeland and killed most of the world’s dragons, the Targaryens invaded the mainland of Westeros. Aegon the Conqueror ruled from King’s Landing, where his family lived on for generations, marrying brother to sister to preserve “the blood of the dragon.”
Their Words: “Fire and Blood”
Members: Daenerys, Viserys, Illyrio, Jorah, Khal Drogo

Prince Trystane Martell, her nephew and the son of the current head of the house.
Top Loved or Hated Characters in the Game of Thrones
Top Loved 7 Loved Characters :)

1.Peter Dinklage
as Tyrion Lannister. Mostly unaffected by his bloodline, Tyrion attempts to wipe out the corruption from King's Landing with his superior intelligence and wit, making up for his lack of size. A Lannister with a heart. Who couldn't like that?

2. Kit Harington
as Jon Snow. Growing up as a bastard Stark can't have been easy, and despite Jon's unsavory position, he is a loyal, kindhearted and very likeable character whose adventures are entertaining and provide an escape from the lies and deceit of most of the other characters.

3.Emilia Clarke
as Daenerys Targaryen. The fragile princess turned rogue Dragon warrior is one of the best storylines in the series. Dany's character is so well developed that it's hard not to love her, even if her newfound toughness and brutal decisions do occasionally lead you to question her humanity.

4. Maisie Williams
as Arya Stark. Arya's recklessness, intelligence beyond her years, incredible courage, and intention to break away from the conventional expectations of women from the time all form a fascinating, unpredictable character (as well as somebody to root for)

5. Sean Bean
as Eddard/Ned Stark. The proud and honourable Eddard Stark was loyal to his wife and each of his children equally, and his reasoning and intentions always followed audiences expectations, creating a well-rounded and refreshingly human character. Oh, and it's Sean Bean.

6.
as Khal Drogo. A character who goes through a massive change in the first season, from being a potential villain, to one of the characters that we actually cared for. Khal Drogo was extremely tough, and held an incredible position of authority and power. Despite his violent nature, the soft spot that he held for the fragile Daenarys made his character very interesting and layered.

7.Sophie Turner
as Sansa Stark. Possibly the least likeable of the Starks, it is difficult to feel sympathy for Sansa's character in the beginning. However by late Season 2 it seems that Sansa has changed from a rude young woman interested in power and wealth, to an innocent victim of Joffrey's insanity. There are suggestions from time to time that she is actually more intelligent than she lets on.I think she was being young and stupid loving Joffrey.Or not lets just hate her!But now she hates him so we are liking her just for the fact she is his victim!Ok  am confused now :/ I will put her in  both of the lists.She is so damn messed up. 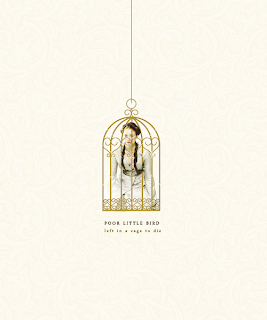 01. Jack Gleeson
as Joffrey "Baratheon"  'Lannister'. Joffrey is an incredible character. How can a character be so unpopular? So sadistic? Maybe the reason he's turned out so bad is because he is the product of a incestuous relationship, and now he is a dog without a leash. I could have put him further up the list simply because he is such a brilliantly constructed 'love-to-hate character', but lets be honest, he's really only a 'hate character'. Credit to the writers, and actor Jack Gleeson, for that. Because the Prince is keen on ordering the imprisonment or death of most of the characters the viewers love, viewers state that they have high hopes that Joffrey will find his end in the most painful and humiliating way possible.He gets on my nerves i hate him!!!I never hated a character so much(i want to share with you some good stuff enjoy )

as Cercei Lannister. A high placing on this list for such a deceitful, self-centred character, and yet Cercei is brilliant. She is extremely devious, she has many of the best lines in the show, and the way her character builds so unpleasantly will just make the inevitable moment when it all gets taken away so much sweeter. Cercei is so much fun, as the bitchy characters always are.Just beat the crap out that brother-fucking bitch she is the reason Joffry exists

3.Harry Lloyd
as Viserys Targaryen. He may not be as gleefully deceitful as the Lannisters, but Viserys's pure unlikeablity make for a fantastic villain. Viserys is one of those characters, like Joffrey, that you can't wait to watch suffer. It doesn't hurt, too, that his incredible delusion and stupidity almost make him funny.
4. Sophie Turner

as Sansa Stark. How could she Love Joffrey???how???Just Tell me a logical reason ..ok he will become the king ok i understand now but seriously joffrey?

5. Charles Danceas Tywin Lannister. Tywin is the Father Lannister, and is probably the most gleefully bad-ass character on the show (you can see where Jaime gets it from). Tywin is sadistic, though also possesses the dangerous addition of being both highly practical and rational, a trait grandson Joffrey does not inherit. His screen presence is always a reminder that the 'good guys' had better stay on their toes.
6. Alfie Allen
as Theon Greyjoy. Initially seen as a spoilt brat, but still a loyal member of the Stark household, Alfie has since been changed and manipulated into a different person altogether, and he knows that he can't go back. In fairness, he has had to make some of the most difficult choices of any character on the show, and is placed in a terrible position, but that cannot excuse his violent bursts of anger and his newfound ambition for power.

7. Ian Hanmore
as Pyat Pree. *SPOILER* For a while he was a really cool character in Season 2, being one of the first magicians that we see. His evilness was not a drawback either, I thought that the build up to Episode 20 was very suspenseful and his characterisation was almost scary. It's a real shame then that almost all of Pyat's awesomeness is diminished in one of the weakest scenes of the Season 2 Finale, where he just stands there while Daenarys's dragons burn him alive. Did he know they were dragons? Shouldn't he have moved after the first fireball? He was a magician, no? An anticlimactic finish for the scene AND for his character.
Thats it my Lovely Readers.Please follow me and
live a comment :)                  P.S I miss them together :( 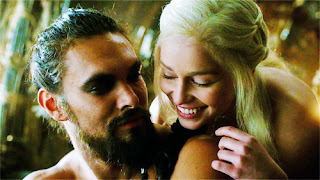